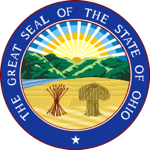 The Gallipolis Municipal Court is a trial court with countywide jurisdiction in Gallia County. The court hears civil cases with less than $15,000 at issue, including small claims cases and evictions; traffic violation cases; and misdemeanor criminal cases, which generally may be defined as carrying up to 6 months in jail as a possible sentence. The Court also holds preliminary hearings in felony criminal cases filed prior to grand jury consideration. Most cases are brought before the judge, who decides the matter, although sometimes a jury is called at the request of the parties in a civil case, or at the written demand of the defendant in a criminal case.

The Gallipolis Municipal Court’s detailed caseload statistics can be found at www.supremecourt.ohio.gov/JCS/courtSvcs/dashboards. The Court also produces an annual report of its operations, a copy of which may be requested from the Clerk's Office.

Municipal courts are generally the courts where most citizens will come into contact with the legal system, and many times will initially appear in court unrepresented by an attorney. For that reason, the judge will generally take the time to explain court processes prior to beginning small claims hearings or traffic and criminal arraignments. A lot of information about the court and its processes can be found in the brochures included below.

When appearing in court, keep in mind that no cell phones or other personal electronic or recording devices may be used in the courtroom without express permission from the court. All persons entering the justice center are subject to security screening, and court officers are not responsible for the safekeeping of any prohibited item removed from your person at any security checkpoint.

Credit: Partially adopted from “What You Should Know about Municipal Courts,” by Douglas Riddell and Bridget Purdue Riddell, Law You Can Use, March 2, 2016.